For years now I’ve been saying that I will go to the Edinburgh Festival, every year I say it. Do I go? Well no, never or at least I haven’t been in the last 12 years, that was until last year when I finally managed to fit it in. Although it was quite a while back that I was last there I have to say the memory of it has always stuck with me, for anyone who has only experienced it once you will know what I mean. The atmosphere is electrifying and contagious, you feel that you have no choice but to smile and laugh and get involved in everything that’s going on around you. The streets are packed and there is so much going on that it’s nigh impossible to take it all in. Regardless of where you look there are performers placed strategically everywhere, various singers, dancers, jugglers, sword swallowers, there’s people dressed in all manner of costumes and garb from all different periods. It’s downright amazing what you see and at times a little overwhelming as you just don’t know where to look first, afraid if you face the wrong way you will miss something. 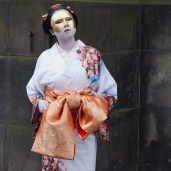 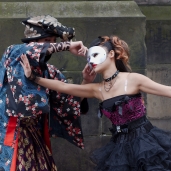 I had always planned to go in alone or with a photographer friend of mine however as plans do, they change. It became a family event and my wife and my 3 children accompanied me and we all made a day of it.

My children loved it, they had seen nothing like it and they couldn’t get over the fact everyone was in a costume of sorts, they also could not understand why someone dresses as a statue and does not move for an hour, to be honest, neither do I

The whole day flew in and other than our hunt to find somewhere to eat that wasn’t queued right out of the door it was a great day.

It’s amazing that people travel from all over the world to experience the festival, and to take part in it. Below is a gentleman who hardly spoke English and had travelled over from China to be part of the festival. He juggled blocks and balanced them which sounds fairly rubbish however it was worth the 25 minutes we had to wait while he stretched himself and got ready for his performance. 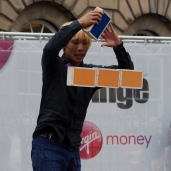 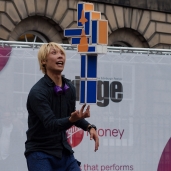 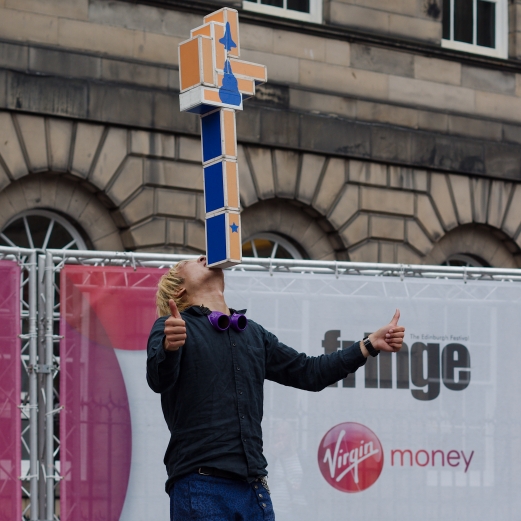 One of the things I enjoyed the most was the music. There was musicians and bands all over the place, some playing acoustically, some not. There was metal and rock, bagpipes and ballads, country and pan pipes too, it was a veritable symphony of a hundred different instruments coming at you from all different angles. It was great! 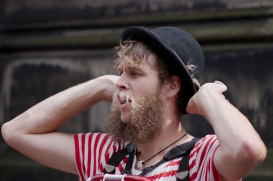 There is some really talented people out there and its a pleasure to hear and see something that you would not normally show an interest in. I find that it completely opens up your senses and gives you a sense of joy when you see so many people enjoying themselves and having fun, as I said, it’s contagious. 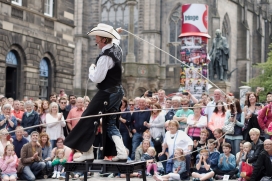 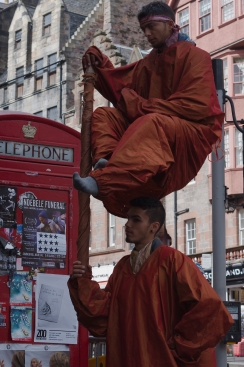 This guy was one of my favourites, half of the time the bubbles didn’t materialize, but when they did they were amazing. It’s the look on his face that makes it for me, it looks like he has just done it for the first time and amazed himself. I also felt the skeletal gentleman adds to the picture, it’s as though he just waiting for it to pop! 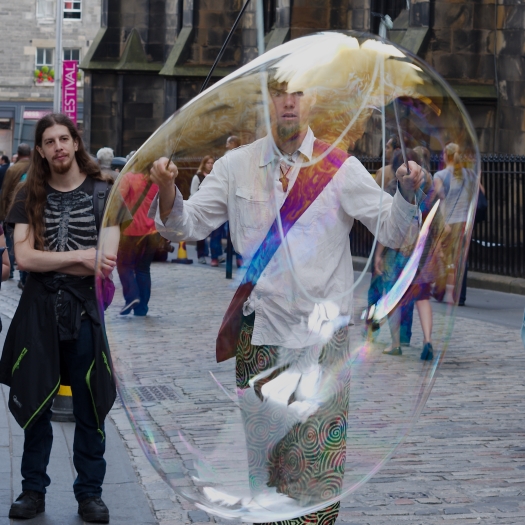 If you’ve never been before or like me it’s just been a long time I would encourage you to go in 2016, you won’t regret it and you will have the memory forever.

Well as always, I thank you for reading through my post, I hope to see you back for the next one. Any comments, drop them below.

One Reply to “The Festival”

This site uses Akismet to reduce spam. Learn how your comment data is processed.